Close
HomeSin categoriaSafety Issues About Widespread Use of Pesticides & Herbicides

Safety Issues About Widespread Use of Pesticides & Herbicides 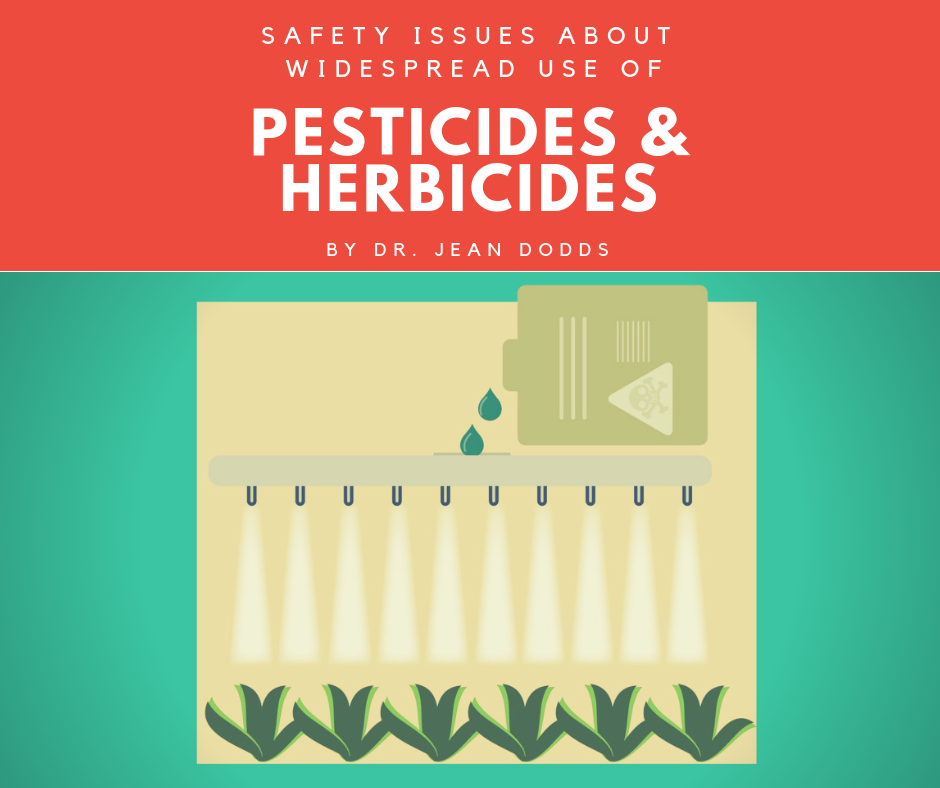 Forty to fifty years ago, two weed killers still in major use worldwide today (chlorpyifos and glyphosate) were introduced for use on agricultural crops, lawns, private gardens and golf courses.

They are used on alfalfa, citrus, vegetables, soybeans, and almonds, and to protect hundreds of thousands of acres of grass seed production, where it is intended to control aphids, cutworms, and other pests.

Although they have been extensively studied for efficacy and safety, questions about their safety and cumulative effects continue.  Exposure to these chemicals has been associated with adverse neurodevelopmental effects in infants and children, and with certain cancers. While these safety concerns have largely been ignored or overlooked by regulatory authorities, recent efforts have seen the North American and European courts cancel approvals for their use or at least to require a 10-fold additional margin of safety.

The major concern since then has related to the Environmental Protection Agency (EPA)’s delay in taking action to limit exposure to chlorpyrifos, a ubiquitous weed killer. Consequently, in August 2018, the 9th Circuit Court ruled again – giving the EPA 60 days to revoke all tolerances and cancel all registrations for this pesticide!

In 2015, the World Health Organization (WHO)’s International Agency for Research on Cancer (IARC) reclassified glyphosate as a Category 2a (probable carcinogen). However, to add even more confusion and obfuscation to this controversy in 2016 and 2017, 3 other groups, namely the Joint Food and Agriculture Organization (FAO) division of the WHO, along with the European Food Safety Authority and European Chemicals Agency have continued to hold the official viewpoint that glyphosate does not pose a genotoxic or carcinogenic risk to humans.  A growing number of scientists disagree and contend that bias among the political, industrial and regulatory agencies is prevalent. It is no wonder then that the consumer public and even many scientists cannot agree on this most contentious and controversial topic.

With respect to glyphosate, and its metabolite AMPA, the growing emergence of glyphosate resistant weeds demands increased herbicide levels to maintain the same level of control. The compound itself is being used in new roles for pre-harvest crop desiccation, which involves the deliberate spraying of glyphosate- sensitive crops with the chemical to speed cessation of growth and prepare the crop for harvest in a more controlled manner – a process that can leave chemical residue on the desiccated crops.

Finally, glyphosate’s water-soluble nature does present a risk of runoff into adjacent areas. The compound can accumulate in streams and especially irrigation ditches close to treated areas. Areas further from treatment sites can be at risk as well.

The August 2018 9th Circuit Court decision in San Francisco ruled that glyphosate, the most popular weed killer in the world, was responsible for causing a former school groundskeeper to suffer from terminal cancer.   The jurors awarded him $289 million in damages – apparently with intent to punish the commercial manufacturer.  This legal decision could set a massive precedent for thousands of other pending cases claiming that this famous herbicide causes non-Hodgkin’s lymphoma.

Lastly. current and future studies regarding glyphosate and AMPA’s potential impact as a human carcinogen and genotoxin should employ mechanisms which would go largely undetected in traditional toxicology studies, such as microbiome disruption and endocrine mimicry that is revealed only at very low concentrations. When calculating total exposure potential, both glyphosate and AMPA residues in organisms and the environment should be measured.

A third widely used herbicide of concern is dicambra, which functions by increasing plant growth rate such that at sufficient concentrations, the plant outgrows its nutrient supplies and dies.  It is used to kill weeds on crops, pastures, legumes, cacti, range lands, and roadsides.  However, it volatilizes readily and can damage adjacent agricultural and private lands, home gardens and water supplies. Further, dicambra has come under serious scrutiny recently as two of the largest independent seed sellers have pushed the regulatory authorities to bar farmers from spraying this weed killer in the summertime during the rapid plant growth phases.

By limiting the spraying of this chemical to the springtime before crops are planted, its use on the widely sold GMO dicambra-resistant soybeans would be curtailed. In prior summers, after farmers planted these dicambra-resistant seeds, the herbicide drifted onto nearby farms and damaged an estimated 3.6 million acres of non-resistant US soybeans.

The major industrial manufacturers of these weed killer products compete in the world marketplace today with many other companies as the original patents have all expired.  It is estimated that more than 750 commercial herbicides are sold today. Furthermore, most crops of genetically modified origin (GMO) were invented so they could be sprayed with more weed killing herbicides such as glyphosate and dicamba without harming the genetically engineered plant. As a result, the increasing availability of GMO crops has led to substantial increases in the use of herbicides and insecticides, often in amounts that have never been tested for safety in humans, animals, or other plants. Most commercially prepared pet and livestock foods use GMO crops as their main ingredients such as corn and soybeans.

When will the science, political, medical, agricultural, and regulatory communities finally implement measures that include full transparency, open science, and an end to the revolving door oversight and research in the food and feed sectors?